What Parents Need to Know About Kratom and Its Potential Dangers

by Joanna Lewis
in News
0

In the world of alternative medicine, kratom has undoubtedly become one of the fastest-growing medicinal herbs in terms of popularity and sales. The marketplace has introduced several forms of it, from powder to capsules.

Many users have been transitioning to using kratom for several reasons. However, there are risks associated with kratom use that parents have to know.

If you want to know about the potential dangers of kratom, then keep reading.

A Short Background on Kratom

Native to the Southeast Asian part of the world, Mitragyna speciosa, more commonly known as kratom, is a tree from the coffee family.

Although the plant is typically grown in Thailand, Malaysia, and Indonesia, its popularity has become more fabulous in the Western world.

Ancient Southeast Asians have been using kratom leaves to treat their fatigue, common colds, cough, and fever, mainly to boost their energy. The leaves are usually raw, but they are sometimes dried and brewed to make tea or capsules. Some people use it on their long piping tubes and smoke it like tobacco.

The most active chemical compounds inside kratom are mitragynine and 7-hydroxy mitragynine. These two alkaloid compounds interact with the opioid receptors of the brain to produce a surge of energy or instant relief from muscle and joint points.

For hundreds of years, kratom has been utilized by some medical practitioners as a natural home remedy, especially in treating diarrhea, pain, fatigue, muscle cramps, etc.

Most kratom users have described herbal medicine’s effects as opioid or stimulant-like.

Some individuals use kratom to treat the symptoms of opiate withdrawal, while others take it to treat their muscular aches and for recreational reasons. Kratom may be found throughout Southeast Asia.

What Does the Food and Drug Administration (FDA) Say About Kratom Intake?

Currently, there are no FDA-approved kratom products or any kratom usage. The Food and Drug Administration (FDA) remains stern and firm regarding its decision to ban the use of kratom.

For several years, they have been expressing their concerns for kratom users regarding its possible side effects and safety concerns that could significantly affect a person’s health.

The FDA has not stopped issuing safety alerts to the public about the dangers of using kratom, even though several organizations that support kratom have expressed their dismay towards the FDA.

This is because the FDA believes that kratom’s properties may severely expose customers to risks of addiction, abuse, and even dependence on the substance.

Despite these concerns, the FDA is doing its best to actively evaluate and conduct more scientific research to find the goodness that kratom users find in kratom.

Further, it encourages the public, especially in the medical and pharmaceutical fields, to conduct lots of research to understand better kratom’s safety, background, and possible effects when combined with other drugs.

The agency is conducting an exhaustive investigation into the effects of kratom and the resources and data at its disposal on its potential risks.

What are the Potential Dangers of Using Kratom?

The incorrect dose and use of the alternative medical spice are, on the other hand, where the risks and dangers of using it reside.

Some users who have experienced the adverse side effects of kratom may have consumed more than what their bodies can take.

Among the dangerous or harmful side effects of consuming kratom at the wrong dosage include nausea and vomiting, extreme constipation, increased temper and uncontrolled anger, hallucinations and delusions, and thyroid problems.

On the other hand, some users who have experienced the adverse side effects of kratom have reported experiencing breathing problems, seizures, liver damage, addiction, and extreme dependence. This may be because kratom is a highly addictive substance.

Kratom is potentially addictive when taken the wrong way. The chemical compounds found in kratom are responsible for these feelings of pleasure, reduced pain, addiction, and dependence.

Some research even compared kratom functions to buprenorphine, codeine, and morphine which can become severely addictive when taken at doses more extensive than what a body can intake.

Kratom is also much more potent and robust than codeine and morphine, by around ten to twenty times more. Thus, one must only take small doses to observe how many kratom products their body can handle.

Aside from these, some users use kratom to assist and relieve their opioid addiction medically. However, when they take kratom at a much higher dose, the obsession they wish to cure would only result in another habit.

Generally, kratom can be as risky as opioids and other addictive drugs.

Should I Stop Using Kratom?

The answer is it depends on you. As you see, the dangerous side effects of kratom rely solely on the user’s usage and dosage.

People interested in taking kratom first need to do a lot of background research and keep a record of their experiences with the plant. Kratom is a plant that is native to Southeast Asia.

They can start their dosage as low as 0.5g and then gradually increase it weekly by no more than 0.5 g. This way, they can observe the correct dosage suitable for their body. The risks associated with kratom will be prevented with proper observation and study.

Using kratom as a dietary supplement is still perfectly feasible so long as one adheres to the necessary regulations and takes the recommended amount. 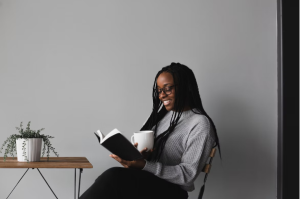 Despite the reports regarding the adverse effects of kratom, many users remain safe and still take kratom in their daily supplements. Any substance, when abused, can lead to many more negative side effects and results.

Medical professionals are still doing their best to gather more information regarding the plant to implement proper handling and intake of the said alternative medicine.

Why Should NRIs Prefer To Buy Term Insurance In India Rather Than Abroad?

6 reasons to hire cybersecurity experts for your business